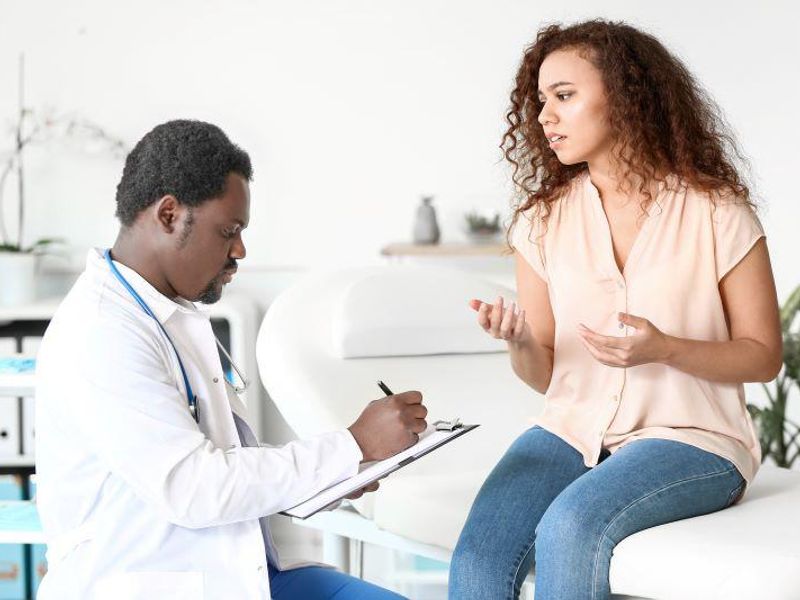 The annual meeting of the American College of Rheumatology was held this year from Nov. 10 to 14 in Philadelphia and attracted participants from around the world, including rheumatology specialists, physicians, scientists, and other health professionals. The conference featured presentations focusing on the latest advances in the diagnosis and treatment of arthritis as well as other rheumatic and musculoskeletal diseases.

In one study, Anna Broder, M.D., of Hackensack University Medical Center in New Jersey, and colleagues found that more than 50 percent of patients with low-grade proteinuria progress to overt clinically significant proteinuria within approximately one year.

The authors aimed to assess proteinuria progression in patients with low-grade proteinuria and identify risk factors for progression to clinical proteinuria equal to or greater than 0.5 g per day. Among 151 patients with new-onset, low-grade proteinuria at study entry, the investigators found that 50 percent progressed to clinically significant proteinuria within 1.2 years. Of the 20 biopsies performed during the first two years, 17 showed active treatable lupus nephritis. Compared with nonprogressors, progressors were younger, had low complement levels, and had a shorter systemic lupus erythematosus (SLE) duration.

“Kidney biopsies should be considered in people with low-grade proteinuria (between 0.2 and 0.5 mg/g), especially if they are younger, have low complement levels and shorter duration of SLE (less than two years),” Broder said.

In another study, Caoilfhionn Connolly, M.D., of the Johns Hopkins University School of Medicine in Baltimore, and colleagues found that temporary withholding of mycophenolate mofetil (MMF) in the peri-severe acute respiratory syndrome coronavirus 2 (SARS-CoV-2) vaccination period improves vaccine response, but the optimum duration of withholding is unknown.

The authors sought to compare the humoral response following two-dose SARS-CoV-2 vaccination among 220 patients prescribed MMF who had differential perivaccination management of MMF. The researchers found that withholding MMF for 10 days or more resulted in higher antibody response after two-dose SARS-CoV-2 vaccination compared with those who continued therapy or withheld therapy for less than 10 days. The researchers did not observe an increased rate of flare among those who withheld MMF, although their findings were limited by a small sample size.

“While our sample size is small, our findings support the use of MMF withhold in the perivaccination period as a potential strategy to augment the SARS-CoV-2 vaccine response,” Connolly said. “Our early data suggest that a longer duration of hold (i.e., â¥10 days) could further augment the vaccine response, but should only be considered among appropriate patients.”

Shivani Garg, M.D., of the University of Wisconsin School of Medicine and Public Health in Madison, and colleagues found that belimumab (Benlysta) is an effective biological therapy for patients with cutaneous lupus erythematosus (CLE) with or without SLE, demonstrating a strong clinical response, ranging from 44 to 55 percent, and a significant reduction in flare risk.

“Our study uniquely identified that belimumab can take up to 20 weeks to achieve clinically significant response in patients; thus, the medication should not be prematurely discontinued,” Garg said. “This study will inform practice and guide clinicians to discuss treatment options and expectations with patients when starting belimumab to avoid premature discontinuation of therapy in the absence of early benefits. Finally, our study strongly supports the inclusion of belimumab in the existing treatment paradigm for cutaneous manifestations of SLE to improve outcomes and quality of life.”

The STOP-JIA study aimed to use standardized treatment plans — referred to as consensus treatment plans (CTPs) — which were developed by the CARRA Registry (a large network of pediatric rheumatology researchers and clinicians in the United States and Canada) to answer the question of when is the best time to start biologics in poly JIA. The three CTPs included: (1) step up (methotrexate monotherapy with a biologic added after three months, if needed); (2) early combination (conventional disease-modifying antirheumatic drug and biologic started together); and (3) biologic first (biologic therapy only). This current analysis assessed three years of data from patients enrolled in STOP-JIA.

The researchers observed large differences in the percentage of patients who achieved clinical remission (clinically inactive disease for six or more months). In addition, 67 percent of patients in the early combination group achieved clinical remission compared with 47 percent in the step-up group and 49 percent of the biologic-first group. Furthermore, patients in the early combination group spent significantly more time in inactive disease compared with those in the step-up group.

“This study shows that the treatment that poly JIA patients receive very early in their disease matters, even three years later,” Kimura said. “Physicians caring for pediatric patients should strongly consider starting a biologic in combination with methotrexate early on in the disease, probably before three months have elapsed, because this appears to be associated with better outcomes.”

WEDNESDAY, Nov. 23, 2022 (HealthDay News) — Genicular nerve block offers pain relief for patients with knee osteoarthritis, according to a study published online Nov. 11 in Arthritis & Rheumatology to coincide with the annual meeting of the American College of Rheumatology, held from Nov. 10 to 14 in Philadelphia.

MONDAY, Nov. 21, 2022 (HealthDay News) — Opioid initiation among patients with rheumatoid arthritis is associated with similar major adverse cardiovascular events and all-cause mortality risk versus nonsteroidal anti-inflammatory drug initiation; however, opioids did contribute to a higher risk for venous thromboembolism, according to a study presented at the annual meeting of the American College of Rheumatology, held from Nov. 10 to 14 in Philadelphia.

MONDAY, Nov. 21, 2022 (HealthDay News) — For patients with systemic lupus erythematosus, anifrolumab is safe in the long term, according to a study published online Nov. 11 in Arthritis & Rheumatology to coincide with the annual meeting of the American College of Rheumatology, held from Nov. 10 to 14 in Philadelphia.

FRIDAY, Nov. 18, 2022 (HealthDay News) — For patients with rheumatoid arthritis, temporarily discontinuing methotrexate for one week is noninferior to discontinuation for two weeks after seasonal flu vaccination to induce an immediate and long-term satisfactory vaccine response, according to a study presented at the annual meeting of the American College of Rheumatology, held from Nov. 10 to 14 in Philadelphia.

FRIDAY, Nov. 18, 2022 (HealthDay News) — Patients with systemic lupus erythematosus who are treated with lower doses of hydroxychloroquine have an increased risk for hospitalizations for flares, according to a study presented at the annual meeting of the American College of Rheumatology, held from Nov. 10 to 14 in Philadelphia.