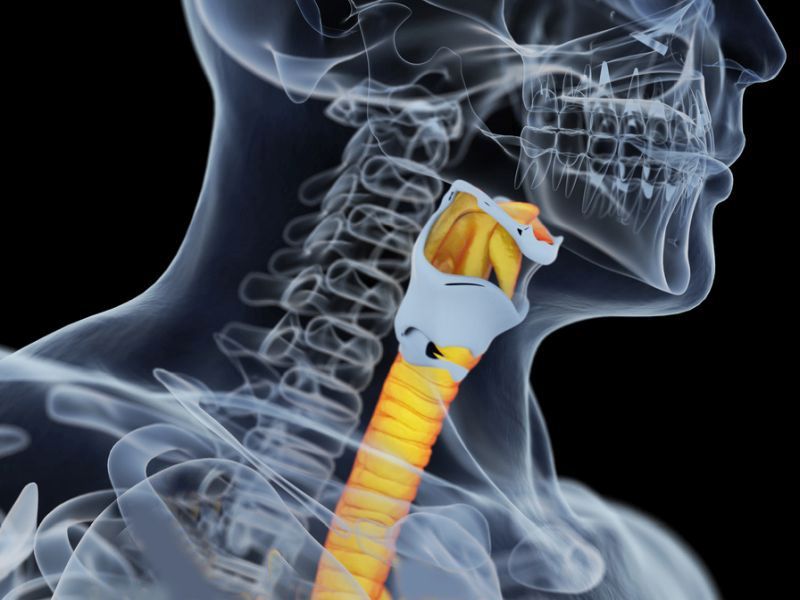 So far, patient has not had any complications or signs of rejection

TUESDAY, April 6, 2021 (HealthDay News) — A woman who received the first trachea transplant in the United States could be a model for other patients, including those with birth defects, those with untreatable airway diseases, and COVID-19 survivors left with serious windpipe damage from breathing machines.

Sonia Sein’s trachea was damaged after extensive treatment for severe asthma, and she said she had spent the last six years “trying to catch every breath at every moment,” the Associated Press reported. But she is recovering at home and breathing freely again after the 18-hour procedure in January at Mount Sinai in New York City. The patient is taking medications to prevent organ rejection, but doctors hope she may eventually be able to stop taking them. So far, Sein has not had any complications or signs of rejection.

While experts say it is too early to know whether the transplant was a total success, if “it was going to be a failure, we would know by now. It’s quite promising,” Alec Patterson, M.D., a transplant surgeon at Washington University in St. Louis, who was not involved in the operation, told the AP. “It’s a major step forward.”

A trachea transplant is challenging and would only be considered as a last resort, according to experts.